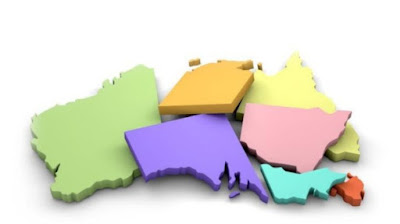 A story about a leak and a draft

Since our previous blog entry on the Reform of the Federation White Paper, the taskforce has released four Issues Papers about the allocation of roles and responsibilities between the Commonwealth and States. These papers were designed to outline key issues before coming up with policy options in the Green Paper on how to reduce duplication, limit wasteful expenditure and end the 'blame game' between different levels of government in Australia. However, a series of potentially damaging 'leaks' from the Green Paper, has led the Department of Prime Minister and Cabinet to publish a draft Discussion Paper ahead of a formal Green Paper.

How does the draft Discussion Paper hope to reform the Federation?
The draft Discussion Paper is a consultation document containing a number of policy proposals. Although the paper opens with the optimistic assessment that 'Australia's Federation has worked well since 1901', the taskforce has identified a particular need for improvements in how we manage health, education, housing and homelessness. There are also separate proposals for improving the Federation's governance arrangements and financial relations.

The draft policy proposals were arrived at after consultation with the community, states and territories, local government, and the Prime Minister's recently appointed Expert Advisory Panel. The paper stresses that the proposals are merely options; they are not necessarily mutually exclusive, listed in order of preference or approved by all levels of government. The proposals also vary in magnitude and we are cautioned not to expect a 'big bang' moment in federation fixing.

In general terms, the options involve either one level of government 'getting out of the way' while the other adopts full responsibility for a policy area, improved coordination among governments, or something in between.

A principled and practical approach

A key weakness of Australian Federalism, according to the draft Discussion Paper, is the ad hoc approach we take to deciding who does what, based on discrete events or priorities of the Government of the day. The taskforce advocates that we instead adopt a principled way forward.

Interestingly, the draft Discussion Paper has replaced the principles set out in the White Paper's Terms of Reference with a new set of 'practical' values, including the decree: 'be fair'. It seems that the new criteria will be used to drive a very pragmatic approach to how federation reform can best drive improvements in community wellbeing, with a focus on the 'main game' of effective service delivery.

Will the real green paper please stand up?

It is unclear how far the real Green Paper will depart from the draft Discussion Paper. However, we can expect to see the final product by the end of the year and in light of the upcoming COAG leaders' summit, perhaps in the very near future.

The process will wrap up in 2016 with a series of suggested policy preferences published in the White Paper. Based on the draft proposals, we now know that constitutional amendment is not on the table.

Finally, given the underlying role played by financial relations in the present state of 'confusion', the Reform of the Federation White Paper will track closely with the White Paper on the Reform of Australia's Tax System. As many of you know, the Commonwealth raises far more revenue than is required to meet its constitutional responsibilities, while States face a significant funding shortfall. For his part, the Federal Treasurer has recently indicated a desire for all levels of government to take responsibility for their own spending requirements. However, if the White Paper supports a policy preference for returning full responsibility to States and Territories in areas like health and education, funding the 'Federation for our future' will be a significant challenge.

VGSO's experts in constitutional law and intergovernmental relations can help Victorian government bodies if you require advice on engaging with the White Paper process.

Email ThisBlogThis!Share to TwitterShare to FacebookShare to Pinterest
Labels: Constitutional