UPDATED: Marriage Equality in the USA, but what's the constitutional situation here in Oz?

Unless you've been hiding under a rock, you will know that last week the Supreme Court of the United States (or SCOTUS) found that the US Constitution requires all US States to license and recognise marriages between two people of the same sex.

Facebook even had a special function where you could put a "rainbow" filter over your profile pic. The effect of logging into social media was roughly this: 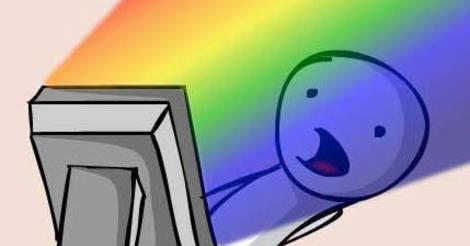 Justice Kennedy delivered the majority judgment in Obergefell v Hodges, and he didn't hold back:

"The Constitution promises liberty to all within its reach, a liberty that includes certain specific rights that allow persons, within a lawful realm, to define and express their identity."

"Far from seeking to devalue marriage, the petitioners seek it for themselves because of their respect - and need - for its privileges and responsibilities."

The US Constitution contains a defined Bill of Rights, but the Fourteenth Amendment also contains a "Due Process Clause", which provides that no State shall "deprive any person of life, liberty, or property, without due process of law." The "liberties" protected by that clause are broader than those set out in the Bill of Rights. Elegantly explaining how this clause leaves open the potential identification and recognition of "new" fundamental rights, the Court said,

"The nature of injustice is that we may not always see it in our own times. The generations that wrote and ratified the Bill of Rights and the Fourteenth Amendment did not presume to know the extent of freedom in all of its dimensions, and so they entrusted to future generations a character protecting the right of all persons to enjoy liberty as we learn its meaning."

In the past, the Due Process Clause was used to overturn bans on interracial marriage in the aptly named case Loving v Virginia. The Court also relied on the Fourteenth Amendment's "Equal Protection Clause" which provides that no State shall "deny to any person within its jurisdiction the equal protection of the laws." The Court noted that the two clauses "are connected in a profound way, though they set forth independent principles." Ultimately, the decision was in the most emphatic terms:

"The Court now holds that same-sex couples may exercise the fundamental right to marry. No longer may this liberty be denied to them."

OK, so what about here in Australia?

The Australian Constitution, as many of you know, has a few fundamental differences from the US Constitution. For one thing, no Bill of Rights. For another, no due process or equal protection clause. And finally, our Constitution specifically allocates power to legislate about "marriage" to the Commonwealth. While this power is held concurrently with the States (meaning that the States can also legislate about marriage), if the Commonwealth chooses to legislate about marriage to confine the institution to persons of opposite sex (which it did back in 2004), any State or Territory legislation that seeks to provide marriage for same-sex couples is invalid (due to the operation of s 109 of the Constitution).

Section 109 is a supremacy clause - it makes clear that, where there is Commonwealth and State legislation on the same topic and they are in conflict, the Commonwealth law prevails.

Some of you may remember the ACT marriage case, which the High Court decided back in 2013, and which invalidated the Marriage Equality (Same Sex) Act 2013 (ACT).
Although it doesn’t say in terms that same-sex marriage is prohibited, the High Court found that the Commonwealth Marriage Act "necessarily contain[s] the implicit negative proposition that the kind of marriage provided for by the Act is the only kind of marriage that may be formed or recognised in Australia."

The High Court rejected an argument that "marriage" means "marriage as it existed as a matter of law at the time of Federation" so there is no constitutional impediment to the Commonwealth amending the Marriage Act 1961 (Cth) to allow for same-sex marriage in Australia.

The upshot is that, in Australia, we have chosen to leave the protection of human rights in the hands of our parliaments. By contrast, in their Constitution, the United States chose "to withdraw certain subjects from the vicissitudes of political controversy, to place them beyond the reach of majorities and officials and to establish them as legal principles to be applied by the courts." As described in last week's decision, "The dynamic of our [US] constitutional system is that individuals need not await legislative action before asserting a fundamental right."

In a 5:4 decision, the US Supreme Court emphatically ended the marriage equality debate in America. The right of same-sex couples to marry is now constitutionally recognised and only a constitutional amendment could reverse the situation. As in Australia, such a path is a difficult one.